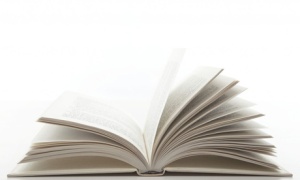 A week ago I posted a little quotes game on here (where I post the sixth sentence of the sixtieth page of the book closest to me), and asked my awesome readers to do the same. It was great fun, and a lot of people joined in, guessing not only my quote but each other’s too, which was what I had hoped would occur!

Anyway, I did say I would reveal my quote in a week’s time (I wanted to give people a little while to see if they could think of it). For those who can’t remember, the quote was as follows:

“It is a triumph of self-control to see a man whipped until the muscles of his back show white and glistening through the cuts and to give no sign of pity or anger or interest.”

There were some great guesses on it, including Game of Thrones, and The Da Vinci Code, but my quote was from John Steinbeck’s masterpiece, East of Eden.

Thank you so much everyone who participated – it was a lot of fun (and thank you again Susan and Jenny for passing it on initially)! Stay tuned…I intend to write a second blog post later today if I have time, but first I have some more birthday celebrating to do!

Hope you’re all having a great weekend! 🙂

11 thoughts on “For the love of reading – my quote revealed (at long last).”