This week sees some pretty interesting releases in the world of music. One of them, the album Vestiges & Claws by José González, seems to not be available just yet on Spotify so it might be a genuine worldwide release next Tuesday. But here are three other albums you might like, all available from this week onwards.

While this is his second album under this particular pseudonym, J. Tillman also has several albums to his real name and was a member of much loved band Fleet Foxes until his departure in 2011. I love his work as J. Tillman, but as Father John Misty he has tapped into a much louder and upbeat sound. The folky feel of his other projects is still there of course, but there is a strong 70s vibe and on many songs I find the style a little reminiscent of the older (and better) material of Elton John. Have a listen and see what you think, but personally I think this will be one of the bigger folk releases of the year:

Another indie rock quartet from England, this is the band’s second album and follow up to 2013’s In Love. Already receiving mixed reviews, it will strike a chord with those who are fans of that scene in general as the band is often compared to others such as Vampire Weekend, The Maccabees and Foals, although I dare say they don’t quite possess the talent their comparisons often showcase. It’s not bad, but it’s not particularly amazing or ground-breaking either. Easy to listen to, it’ll be a crowd-pleaser all the same.

I mentioned this album, Hay’s 12th solo album, a couple of weeks ago, and it has finally been released on Spotify (although sadly no clips are up on Youtube and only the same clip that I have already shown you on SoundCloud). It sounds great -Colin Hay is one of those artists who just keeps getting better with age. Continuing the folk sound of his last couple of albums, this album has an optimistic energy with just a small amount of melancholy lurking beneath as he addresses themes of people going through rough times holding out for something better in the near future (hence the title). His voice is, as always, the most awe-inducing aspect of this album. Nice easy listening from an artist who has found what he is good at and sticks to it.

What have you been listening to this week?

The end and start of the year are always a bit quiet when it comes to music releases, although sometimes this can be a nice time to go back and listen to albums you perhaps didn’t give enough attention to earlier.

So far this year, the only new album I’ve listened to quite a lot is Mark Ronson’s new album, Uptown Special – a very 70s soul and funk affair, including collaborations with the likes of Stevie Wonder, Bruno Mars and Kevin Parker (of Tame Impala/Pond fame). But there are four albums coming up soon which I am very, very excited about and so I thought I would explain to you why as well as show you a sneak peek from each!

This will be Laura Marling’s fifth album, released on March 23 before she is even 25 years of age – a remarkable feat in itself. In her late teens you could have categorised her as a slightly folky singer-songwriter, but she has become so much more than that as she has matured. Her songwriting style is powerful and evocative and makes full use of her deep vocals and storytelling abilities. Some of you who might remember that her last album “Once I Was An Eagle” was my favourite album of 2013. My hopes are high for this new work, but I don’t think I’m going to be disappointed. Watch the title track and see what you think – it builds slowly at first but is an amazing song overall.

Another album for which I have incredibly high hopes, this one is due out on March 2 for most of the world. Steven Wilson’s last album came second on my favourite albums of 2013 (so I’m half expecting the top two spots this year to be these same two artists again, but we’ll see) but his album in 2011 was my favourite that year, and my favourite 2012 album was the duo Storm Corrosion of which he was one half. Although his last album was a strong mix of jazz and progressive rock, this, his fourth solo effort (having only gone solo 20 years into his career) seems to be cutting back on the jazz but includes a mixture of all his musical styles, including elements of pop and mainstream rock, electronic, prog rock and so on. The concept is apparently based on a real story of a girl who died in her apartment but wasn’t discovered for years – as he has said it says a lot about society, and so I am guessing he is exploring ideas connected with this. This clip is the first of three videos, and it includes a little bit of recording footage, followed by an interview and some peeks at what the album might sound like – skip ahead to about 3 or 4 minutes if you want to hear the music more. 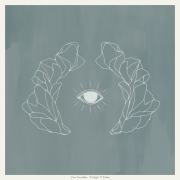 Now onto someone a little closer to home, the Swedish songwriter (who lives in Gothenburg just an hour or two north of where I live) will be releasing his third solo effort on February 17, nearly 8 years since his last. He has spent a lot of the intervening time working on other projects, such as the band Junip, but this album sees him not only spreading out in terms of musical style but also producing his own album, giving him a lot more freedom and supposedly lending a bit of looseness to the album although still retaining that classic, dreamy acoustic sound that won him fans the world over. Check out his first song off the album, and its cool clip (which has a story behind it too), and see what you think! 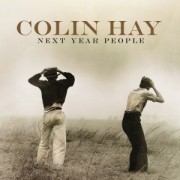 I love the idea behind the title track of this album, which is a tribute to the depression-era farmers who kept going only by holding on to the hope that “next year would be better”. As someone who has spent most of their life in Australia, I grew up listening to Hay’s unusual but amazing vocals with the Men At Work songs (which should not be judged just by Down Under – so many of those songs were beautifully written pieces of music as anybody who has seen that Scrubs episode where he plays Overkill could probably attest to). But for the last decade or two, he has released a string of albums which for me just keep getting better. The perfect blend of folk music and pop songs, his music has proved intelligent and catchy and has earned him new legions of fans the world over. This album, due for release on February 17 as well (a good day for releases it seems), probably won’t be my favourite album of the year but it could very well end up in my favourites list all the same!

What music releases this year are you looking forward to?

Are you interesting in any of these upcoming albums I have listed?

I’m keeping today’s music post short and sweet, as I’m currently looking into different ways to do my weekly music posts to see what works best.

Anyway, tonight Colin Hay (successful in his own right as a solo artist but also famous as the front man for Australian 1980s band Men At Work) was on a music quiz show we watch over here, and my house mate and I began to discuss his songs, before my house mate began playing his songs on the guitar and I pretended to sing along (well, I did sing along, just not very well).

Anyway, the point is, one of the songs that we started playing/singing was the Men At Work song Overkill. It’s an absolutely beautiful song, and recently (well, probably a decade now but whatever) made famous again after Colin Hay himself appeared in an episode of the comedy Scrubs playing the song at numerous points. It’s personally one of my favourite episodes of that show, and I’m pretty sure his appearance and this song have a lot to do with it.

So here’s a clip that someone has stitched up to include all the moments he appears playing the song in that episode in lyrical order. Although I really love the original album version, with blasting saxophones and all, I also love this stripped down acoustic version which manages to retain all the emotion that Hay has worked into the song. Enjoy!