I’m not 100% sure where this village is, but Bönhamn is somewhere along The High Coast of Sweden and we discovered it while out adventuring one day. It’s one of the most unforgettable days of the entire trip for me, which is why I feel like it deserved its own post even if I don’t have as much to say about these pictures (so I’m mostly just going to list them with captions – sorry). One of them is the art experiment to do with the land rising as I promised in the last post, though. Enjoy!

This seaside village, which I assume is mostly occupied in Summer (as it would freeze over in Winter) is blocked at the entrance by a sign which says “Welcome By Foot”. In other words, you have to park outside the village and walk in (unless you live there, I guess).

As you can see a lot of the houses here have their own jetties or boats, and the people who do stay here in Winter would use snowmobiles to go across the water to the other side of town, or even to nearby islands. I suspect a lot of the houses are rented each Summer to tourists who feel like getting away from the big cities for a while. 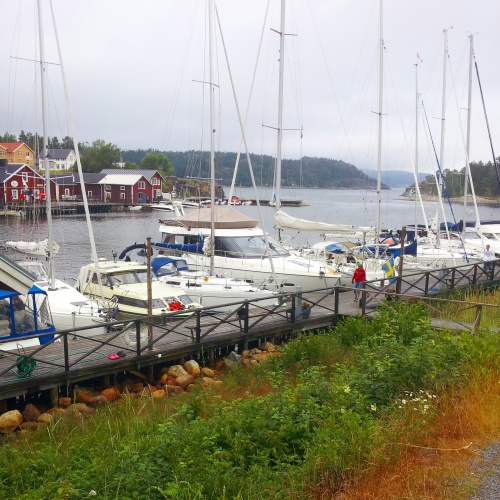 There’s a lot of boats in this village. I daresay almost as many boats as people.

As I said in my last post, the land around here is rising by about 8mm a year (or a third of an inch). So a century ago, these rocks here would have been mostly underwater, and all the nearby islands would have been substantially smaller. Amazing when you think about it. I wonder how far back you’d have to go before these islands just weren’t here at all? I suspect not very…

This is the art project I was telling you about. These steps go into the water a fair bit as you can see, and the idea is that each step is measured with regard to the land rising speed so that each new generation will have a new step above the water. Really cool way to illustrate this geological phenomena! 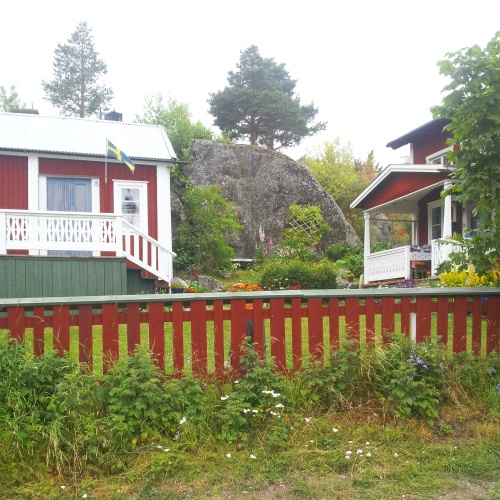 This back yard rocks! Get it? …moving on.
But seriously though a lot of the houses around here had great gardens too, built around some of the nature such as giant boulders. I like this a lot.

That’s it for now. In the next post we’ll head inland through the north of Sweden before beginning our trek back home in the South. I’m not 100% sure right now but I think I have three posts left in this little series, and I’m working to try and get them up quickly because I have other things to blog about too (like my trip to England this coming week, and of course, as always at this time of year, NaNoWriMo).