It seems to be an increasingly common thing. So many blogging friends from years ago have likewise let their blogs slip away into the swirling blogosphere, some to never reconnect and others to one day salvage their old creative venue and perhaps turn it into something new.

It happens to us for a variety of reasons. It would be too easy for me to say that I abandoned mine due to the stress of moving back to Australia after a couple of years in Sweden. That may well be a contributing factor, but I feel like I had run out of steam on the blog as well. Heck, I didn’t even do NaNoWriMo last year (the first time since I started in 2009). I just ran out of steam in so many ways and life had too many other priorities.

Now a year has passed. We’re living in a beautiful apartment literally on the waterfront, with a bay of water, mountains and boats in front of our place. The sun sets over the mountains and leaves behind sparkling light over the water each evening – the closest we can get to sunset over sea on an eastern coastline. I’m back teaching again, and after a year and a half of being married to the love of my life we have never been happier.

I’m about to tackle NaNoWriMo again this year, returning for my 7th round and hopefully 7th win. All this thought of writing again has reminded me of my blogging days (over 400 posts in total) and now I find myself wondering: will I blog again? And if so, will I blog here or start anew? Will I refocus my blog or just ramble on more than ever? And will I ever find Waldo? Oh, there he is…

Anyway. I have much to think about. But if any of you have had similar experiences I’d love to hear from you! Meanwhile here’s a nice picture I took recently of my home. 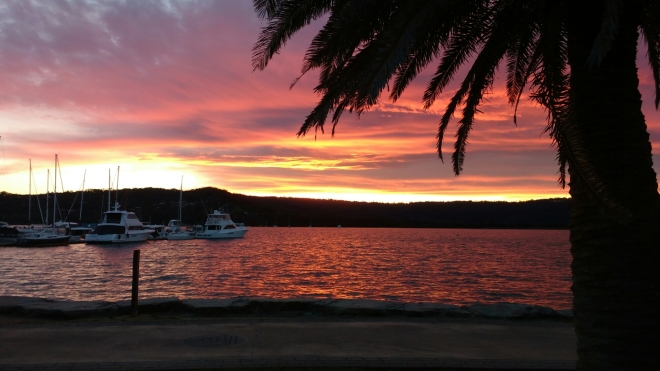 It was about a month ago now. My wife and I were walking along Prins Bertils Stig, an 18km pathway that begins at Halmstad Castle in Sweden and runs along the coastline for the most part. We had been discussing (for some months now) what our next move was in life. We had been mostly focusing on moving to the UK, because it was closer, easier and it seemed to make the most sense. We had been avoiding the idea of leaving Sweden for Australia because, well, I’d been there and done that and she doesn’t like the heat, so the idea seemed ridiculous.

Then this conversation happened.

“You know, even though it doesn’t make sense, maybe moving to Australia would be the best option right now for us.”

“…You wanna do it? You want to move to Australia? Like…now?”

That was all there was to it. A week after this conversation, we bought plane tickets to Australia. 12 days after that (I won’t fill you in on the multiple breakdowns of those 12 days as we attempted to pack up our lives in Sweden), we jumped on a plane, and then another plane, and then another plane (the joy of 27 hours of travelling, and to think this was the quickest possible itinerary – we literally got off one plane and ran onto the next) and last Friday we found ourselves back in Australia, only a few months after we were last here.

To say it is a little surreal would be an understatement. I for one never thought I would be here again for anything other than a holiday, but considering we have planned to be here for at least a full year this is no vacation. And for my wife, well, she’s a true Swede through and through who was born in a snowstorm, loathes the heat and is terrified of spiders, so living in Australia for a long period of time probably wasn’t on her agenda. Not to mention that we are going from Spring and Summer back into Spring and Summer (and a real Summer too…no offense Sweden).

Still, we’re going to enjoy it and make the most of our time here. We already have a car (a super old Audi…guess we’re clinging to our European-ness in any way we can), we’re slowly finding our way around the supermarkets to find food for my wife’s very Swedish palate (and, to be honest, my tastes in food have changed in my absence from Australia), and we’ve already squeezed in a couple of trips to the sea. Australia is a beautiful place, and if this really is going to be the last time I consider myself as living in Australia then I want to make the most of it and show my wife the wonders of the place I grew up, a country I will always consider a home.

After this very approximate year here, we’re going to swing back by Sweden for a month or so to say hello to everyone (especially all the people we never even said goodbye to – good grief folks, whatever you do don’t leave a country at such short notice like we did because it’s far too upsetting) and then we’re going to head to UK to spend some time (at least a couple of years I suspect) there.

So, for the time being we’re back down under. I miss Europe already, but if all goes to plan we’ll be back around this time next year. It had better not snow too much up there this year, otherwise I’ll just have to post lots of pictures of the beaches here to make you all jealous.

In my next post I’ll discuss some plans I’ve had brewing for the blog to keep this going while I’m down here! These plans even involve books…remember when my blog used to be mostly about books? Yeah me neither but anyway let’s see if I can return to those days. 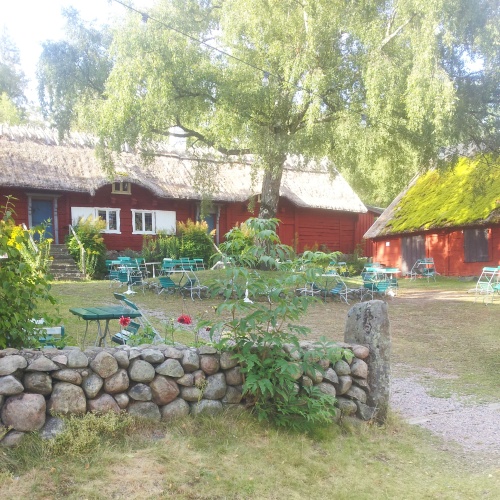 Goodbye Sweden, for now. We’ll be back soon. I took this photo at Galgberget in Halmstad just a few days before we left.

At the start of April, I boldly exclaimed that I would be doing two writing challenges despite that month being one of the busiest of my life. I also promised I would blog a lot. Then I promptly disappeared off the face of the earth, which was rather rude of me but to be fair I HAVE been unusually busy.

Six weeks ago, you see, I married the love of my life. Then a few weeks after that we both flew from Sweden to Australia to watch my little sis marry the love of her life last weekend. Now we’re back in Sweden, struggling to fix our very confused body clocks, and trying to return to this so-called “normal life” people tell us about.

All of these things, naturally, need their own blog posts to be thoroughly covered. While in Australia we spent a weekend in Sydney and also spent some time exploring the beachside suburbia where I spent half my life before moving to this colder climate (there is actually a beach at the end of my street here in Sweden, but it has no waves and sometimes freezes over in Winter…meanwhile we went swimming in the Australian “winter” so you know…all perspective I guess?).

Our own wedding, in particular, needs at least one post. Not just for the photos, but because it was a momentous occasion – long time readers may recall that it was in fact due to blogging that my wife and I met at all, and we spent the first two years of our relationship on opposite sides of the planet before I moved to Sweden last year. So our wedding is the culmination of a lot of patience, persistence and determination, among other things. But it was also not your typical wedding…anyway, I’ll save that for next time.

Essentially this post was just a quick “I’m actually alive and this time I have a good excuse for not blogging” sort of thing. But I will get more posts up soon detailing our latest adventures, and then I may even return to writing about books and music and all that stuff.

Hope you are all well, fellow readers, writers and awesome people.

Here’s a sneak peek of the wedding: 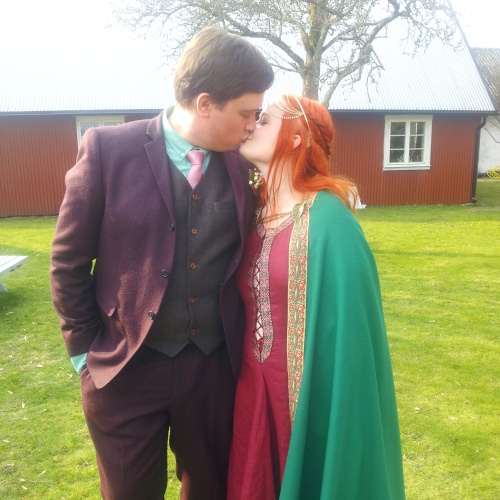